“You had leaned over the still pool of some Greek woodland and seen in the water’s silent silver the marvel of your own face. And it had all been what art should be–unconscious, ideal, and remote.”

The stage is full of trees. They stand tall, ancient and immobile, or maybe swaying a little. But are they trees, or are they people? Or perhaps microphone stands? A woman slowly prowls on all fours, hunting. A woman rushes in, looks around, hunting. And what is that sublime music?

This is George Balanchine’s Serenade (1935). Or maybe it is Cie. Daniel Abreu’s Equilibrio (2010). This is the beginning, or the end. A journey through nature, or a becoming nature, an already-being nature. A cerebral animal. A migratory bird. Something human, or perhaps not.

Serenade states its case plainly, but there is something about Equilibrio that seems to fall into muteness, like the mute stare of a dog, a silence that conceals the world. A world that is always just a little bit further on, through the trees, a rustling of leaves, a perfect balance, a perfect equilibrium. END_OF_DOCUMENT_TOKEN_TO_BE_REPLACED

To listen is to shudder: on music 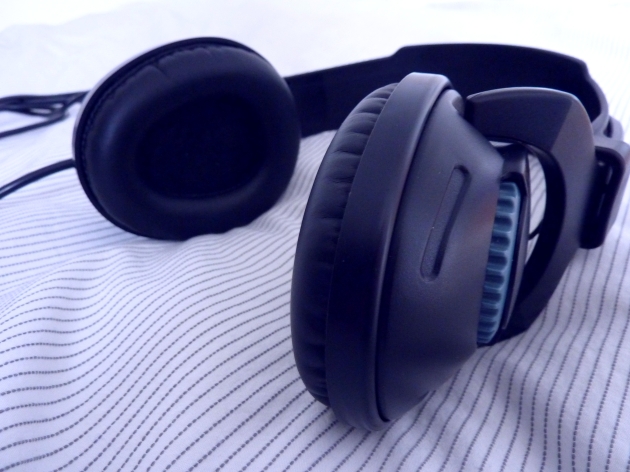 For a while I was beginning to wonder if I’d already grown too old for new music. Over the past few months, however, I’ve had my ears opened to a whole world of beguiling, engaging music I never knew existed. This music is often categorised under labels such as ‘microsound’, ‘modern classical’, or ‘post-ambient’, though I must admit I have no idea what any of those terms actually mean; typically it is open in its form (as opposed to the rigid verse-chorus structure of most pop music) and tends to use natural acoustic sounds that are then heavily processed, often beyond recognition.

END_OF_DOCUMENT_TOKEN_TO_BE_REPLACED

Dear artist, interact with me again and I will punch you.

I’ve always felt uncomfortable about interactive performance – you know, the kind of work where artists invite you to step out of the role of spectator and contribute something to their creation, be it your words, your actions, or whatever. I remember attending a ‘performance installation’ by William Forsythe called You Made Me a Monster at Sadlers Wells a couple of years ago. We, the small audience, were invited onto the stage and asked to construct sculptures using bits of paper shaped like skeletal parts, which the dancers would later ‘interpret’. I felt the sculptures we made had a fragile beauty about them, but the dancers responded to them with screams of horror, doubtless because this is what they had been instructed to do so beforehand by the choreographer. As the work unfolded it became clear that it concerned the passing away of Forsythe’s wife from cancer; in effect, we were being asked to participate, in highly regulated and predetermined ways, in the mourning of a person we did not know. I left feeling disorientated and confused.

I assumed that my dislike of interactive art stemmed from my generally shy and reserved nature, but an event at the University of Kent this afternoon gave me chance to sample various interactive works-in-progress, and reflect on the nature of interactive art in general. It seems that the current fashion for participatory and interactive art, most prominent in experimental theatre and installation art but beginning to influence a wide range of art forms, began with the rather bizarre notion that audience spectatorship (the act of being present in a space and simply looking at and/or listening to a performance or object) is somehow a state of extreme passivity, lacking in any kind of mental, critical or emotional engagement. Historically, artists have tried to take advantage of this perceived passivity and use art to persuade audiences of the validity of particular political, religious or moral ideas. The resolute failure of such didactic art to effectively control what people think, however, demonstrates the freedom of the individual spectator in deciding for themselves how to account for a particular artwork in the context of their own experience and worldview.

It is this freedom, perhaps, that interactive art inadvertently manages to trample on by constructing power relationships that are almost always unbalanced: the artist requires either a level of trust, obedience and honesty from the audience that will not be reciprocated, or, as in the case of the Forsythe work, the reciprocation of feelings or beliefs that are not shared. In both cases interactive art appears to replace one arguably unequal power relationship (in which the artist is granted the power to perform without interruption or direct questioning, regardless of how the audience respond once the show is over) with a far less equal one (whereby the artist seeks to induce from the audience specific determined acts, or actions within a predetermined range). The social situation created by the work makes it hard to disobey the artist’s instructions, or respond in unsanctioned ways.

So when this afternoon I was content, in a one-to-one ‘conversation’ piece, to simply sit in silence with a performer and grab some respite from the constant pressure to interact, the performer waited patiently for a short while, then whispered, “You can leave now”. I left, and I won’t be back in a hurry.

On the bus home last night I was sat upstairs, right at the front. A combination of condensation on the inside of the window and rain on the outside made the lights of cars and streetlamps appear as soft glowing circles, like miniature suns in yellow, red and green. It was a beautiful sight. Naturally, I knew in my head that the effect was produced by the refraction and dispersion of light as it passed through water droplets and glass. But something in my head registered these little mini-suns with a sense of pleasure and even delight, as if I were a dancer, and the optical effect of the circles the steps, in a little dance called beauty. Then I got off the bus, and stopped being a dancer, and things were just cold and wet and dark again. END_OF_DOCUMENT_TOKEN_TO_BE_REPLACED

Joss Arnott’s Threshold, the final piece in a dance triple bill showing as part of The Place’s annual Resolution! festival, was a furiously athletic and intense workout for seven dancers, aiming to demonstrate, according to the programme notes, “different states of physicality and the extremities of body mechanics”. The dancers showed impressive technical skill, flinging themselves around to a brutal electronic soundtrack with strength and control, and formed a cohesive and convincing group in a piece that was both varied and well thought out. However, I was left by a nagging question, one that after much thought I am still unable to answer: is this actually art? The dizzying experience of watching the work was perhaps more akin to the experience of watching Formula 1 racing (the exciting bits, where drivers overtake each other or nearly collide or misjudge a corner and almost go spinning into the tyre wall), i.e. more akin to sport, than to what I’m used to thinking of as art. END_OF_DOCUMENT_TOKEN_TO_BE_REPLACED